AIJA is a global association that promotes professional cooperation among young legal professionals on an international stage. Their prestigious Annual Congress event in London saw attendees from all over the globe place a bet at the races at Kempton Park, attend various seminars and top off the five-day event with a Gala Dinner.

Organised by a committee of lawyers from 18 leading UK and US firms of solicitors and barristers’ chambers, Drive were approached to leverage the theme of the event, ‘ye olde magic and wizardry’ (paying homage to Harry Potter).

To add an element of magical authenticity to the printed materials, Augmented Reality was used to bring the posters and newspaper to life through the use of smartphones as a window to another realm. These revealed hidden, secret content such as integrated film, polling widgets to vote on your favoured Quidditch team, or the solution to a head-scratching riddle. 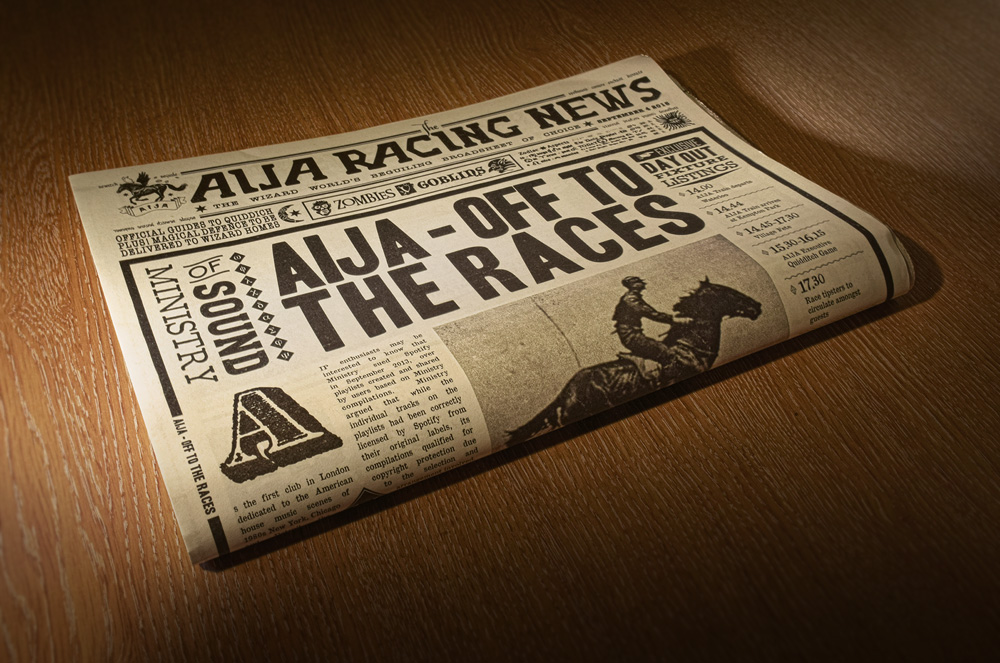 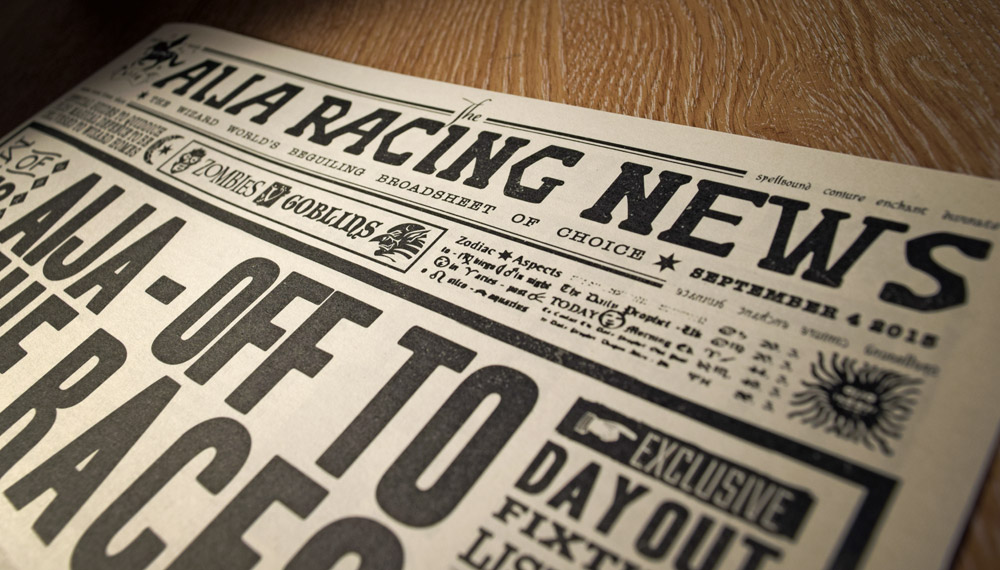 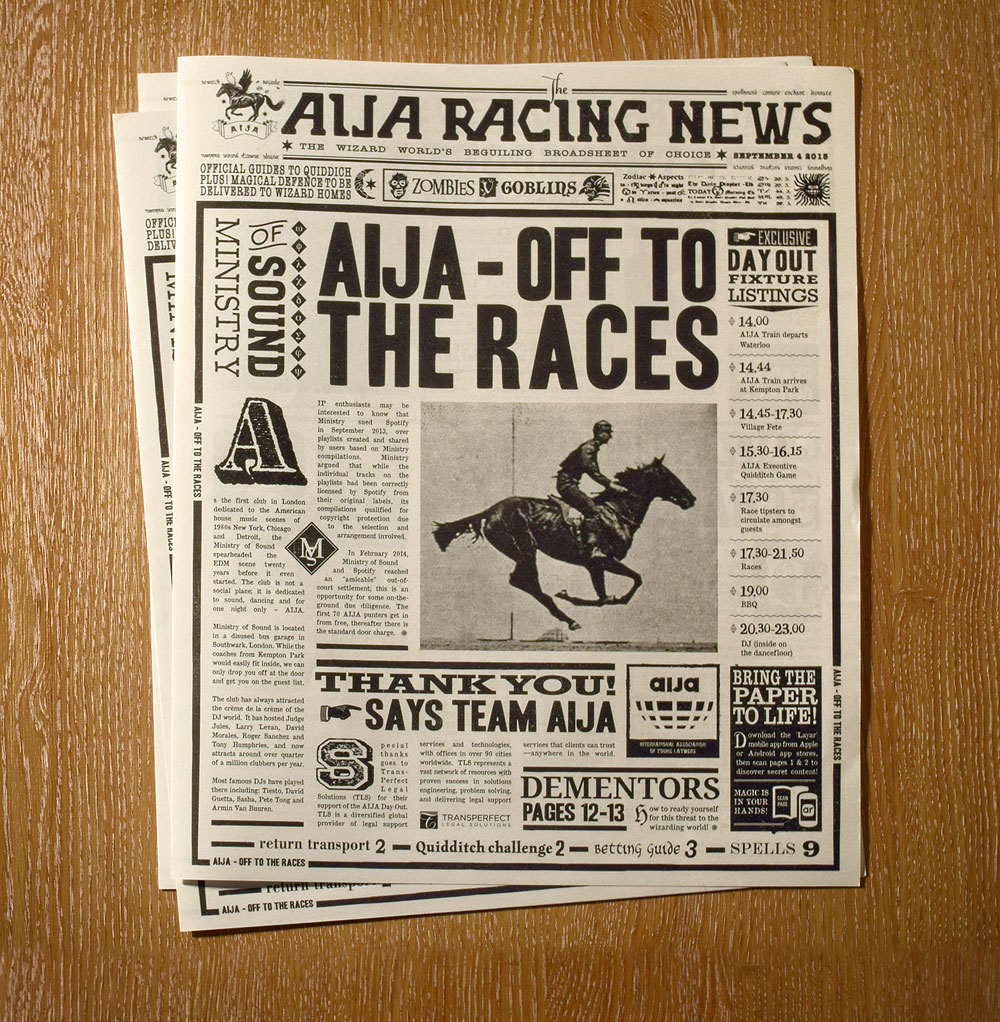 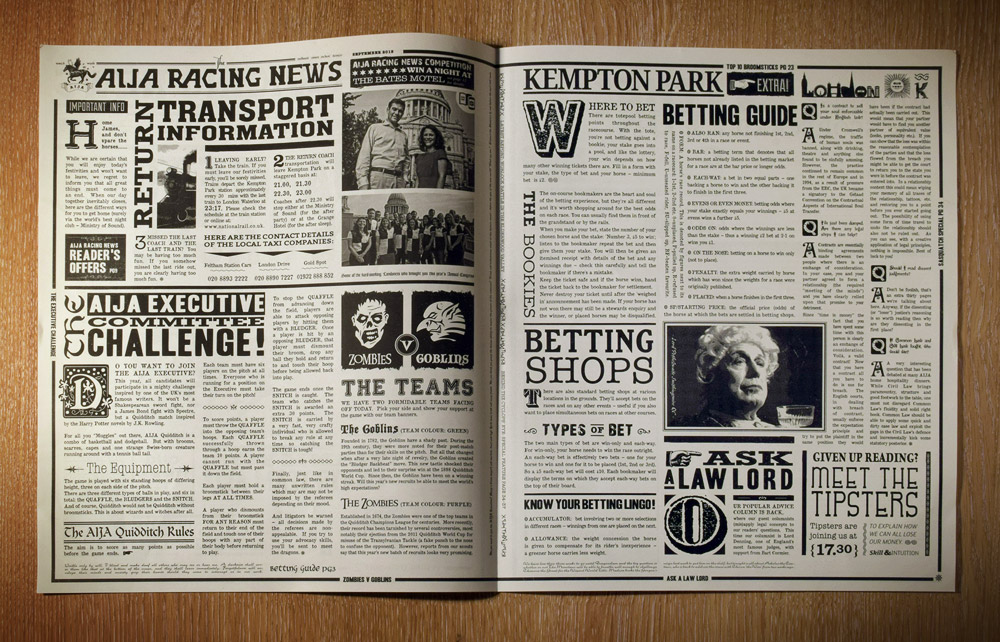 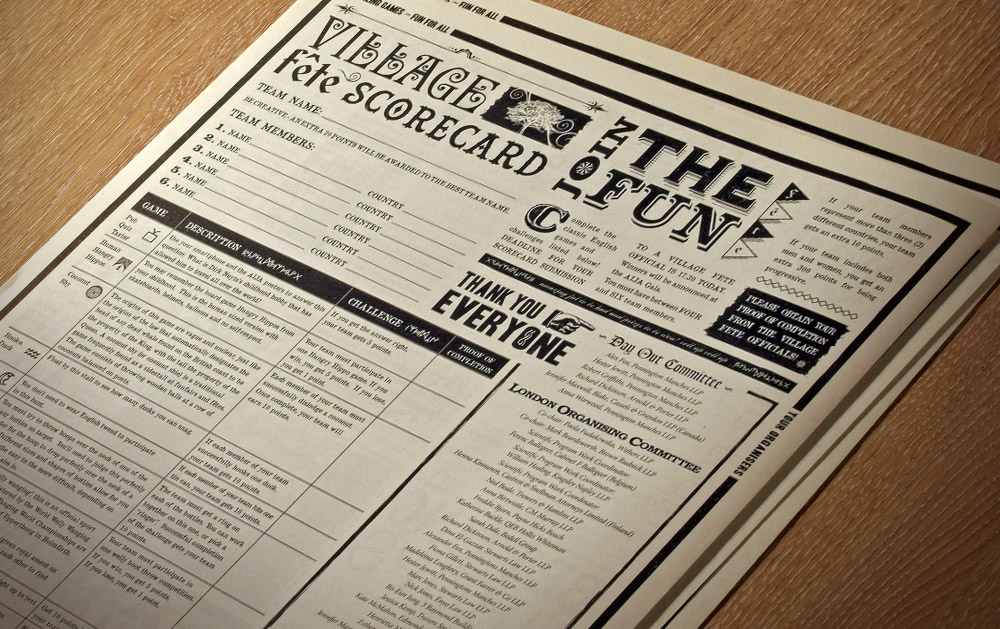 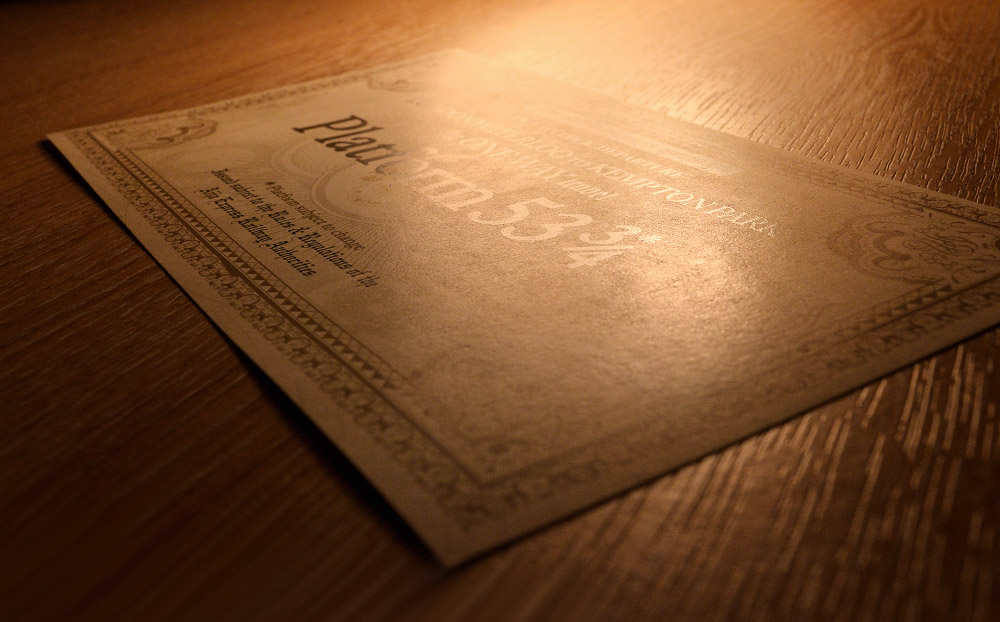 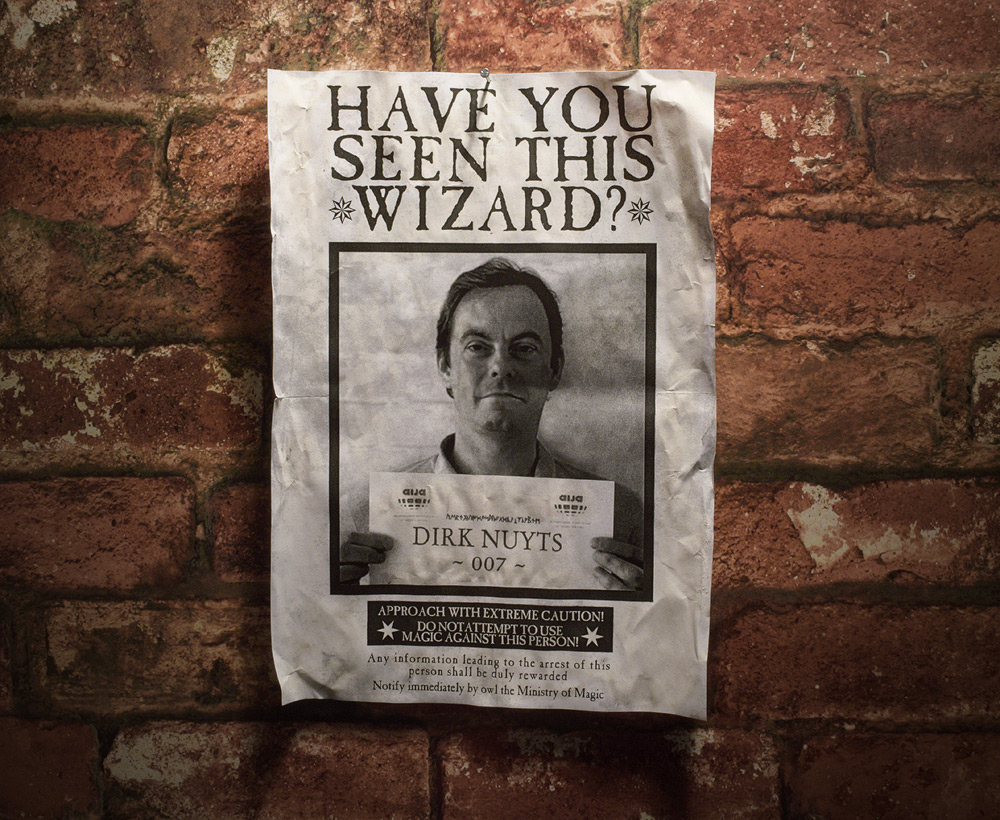