Designing for Change – Illustrating a Manifesto to Save the Oceans

It’s always exciting to be involved in a project that is making a difference.

Jeroen Van de Waal, conservationist and founder of Singapore-based diving school Orca Scuba, is on a mission to raise ‘Oceanic Awareness’ through his new book ‘Together we can turn tides’.

Orcas Scuba’s responsibilities extend to educating the next generation about the consequences of our actions on the Earth’s oceans and ecosystems, encouraging a movement of sustainability, protection, conservation and change so we can leave positive footprints for future generations.

‘Together we can turn tides’ therefore is a manifesto for change, to save the planet’s oceans and subsequently ourselves.

Drive were initially approached to produce a suite a set of simplistic graphic illustrations to represent the chapters within the manifesto, that cover themes as devastating as pollution, marine habitat destruction and mammal eradication, as well as more positive imagery illustrating how we can all make changes to reduce the effect we have on our seas.

The illustrations were undertaken as a visual distillation of the contents of each chapter: producing symbolic images to present these complex, sometimes unsettling themes in a simple, understandable, striking manner. This involved a thorough understanding of the manifesto, followed by brainstorming sessions and numerous sketches, before working up the chosen routes digitally. 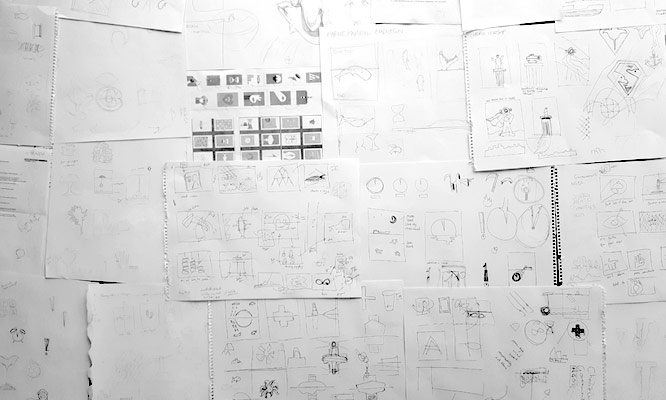 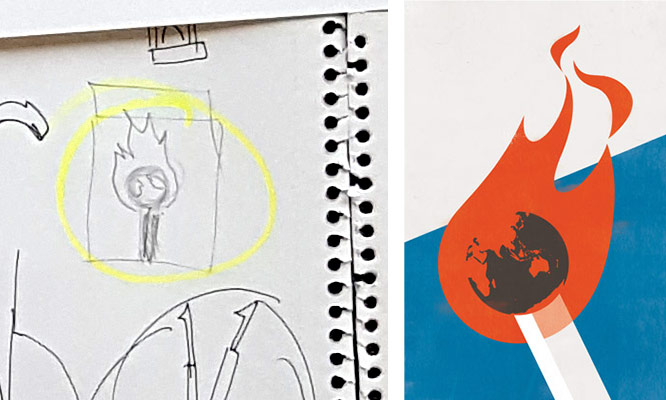 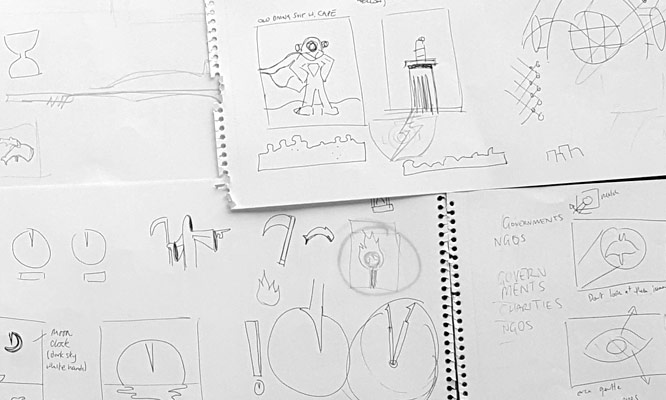 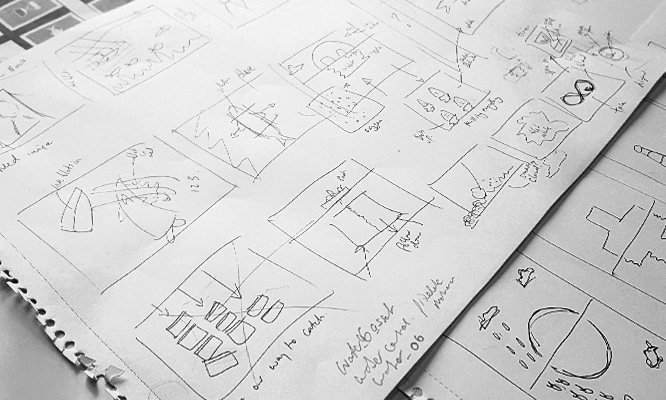 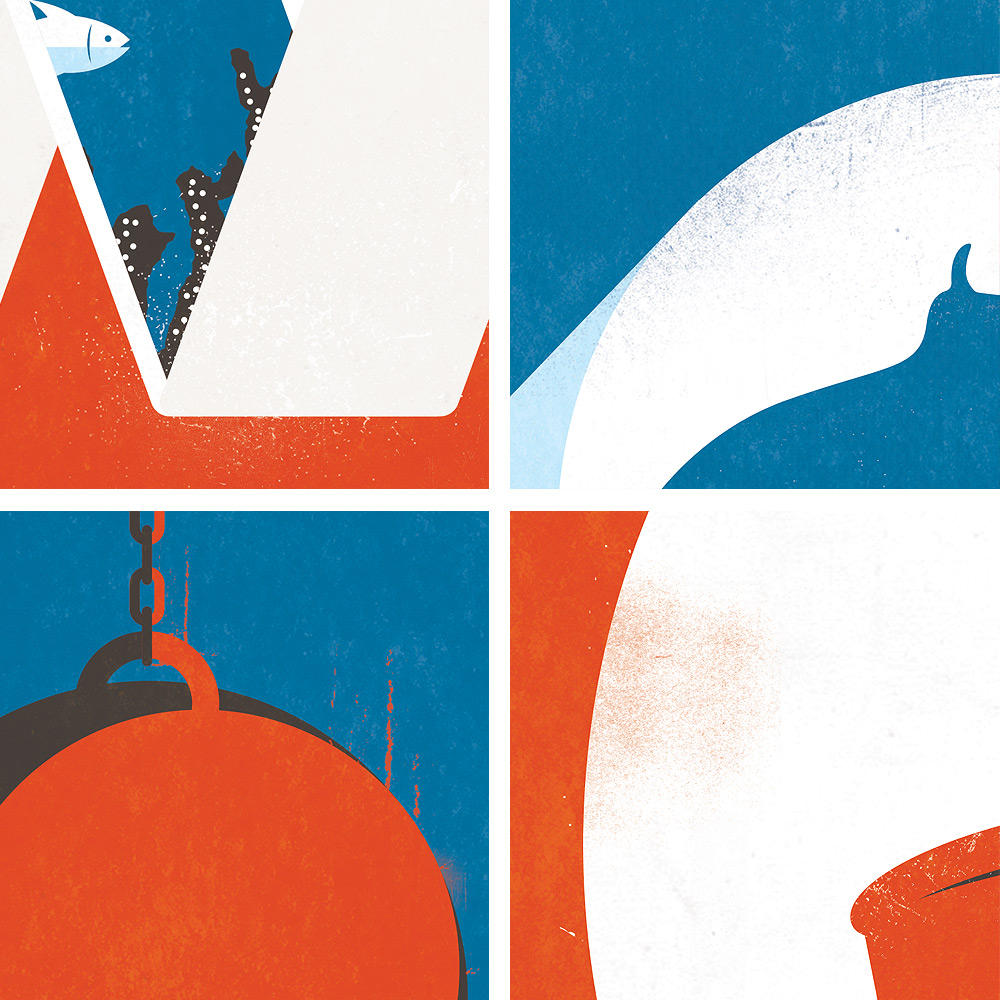 While the limited colour palette adds punch, it also further simplifies and unifies the suite. The ‘retro’, distressed look not only adds some character, it also harks back to activist posters for positive social and ecological change.

The illustrations will now be used as part of a greater educational movement to promote awareness and change as Orca will devote resources to devising, launching and running a programme of conservation projects, including reforestation, sea grass planting, clean-ups, reef replacements, and education courses.

This project is all about awareness and exposure of the issues, and what we can do to turn the tide, so to turn the work into highly shareable web content we produced a powerful animation that covers the key points in the book in the style of the illustrations.

Proving popular, the animation has been shared on Greenpeace’s Facebook page, while the illustrations have garnered industry recognition, having been share on Design Week’s Inspiration blog. 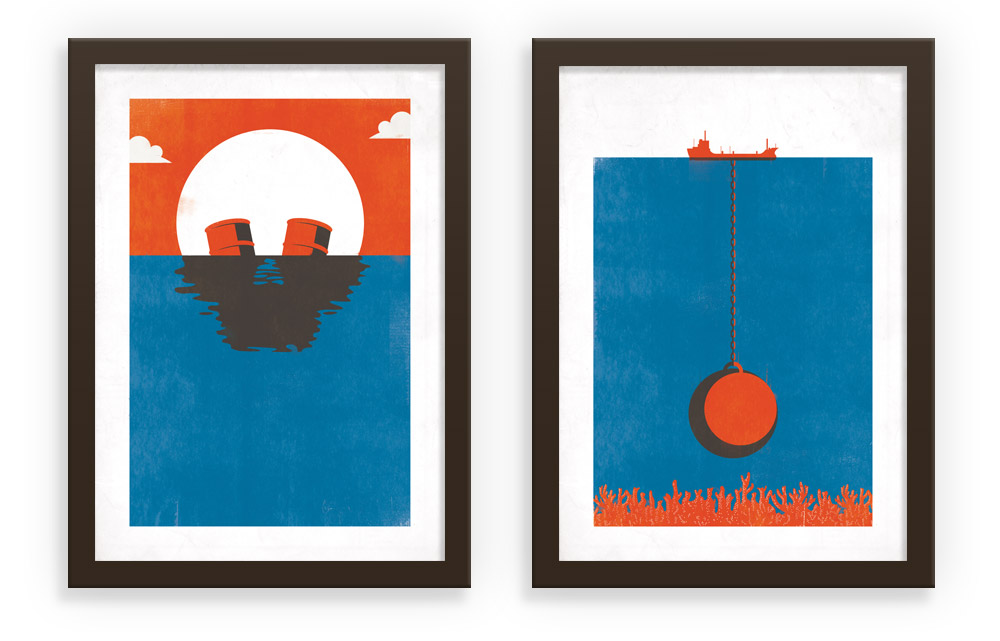 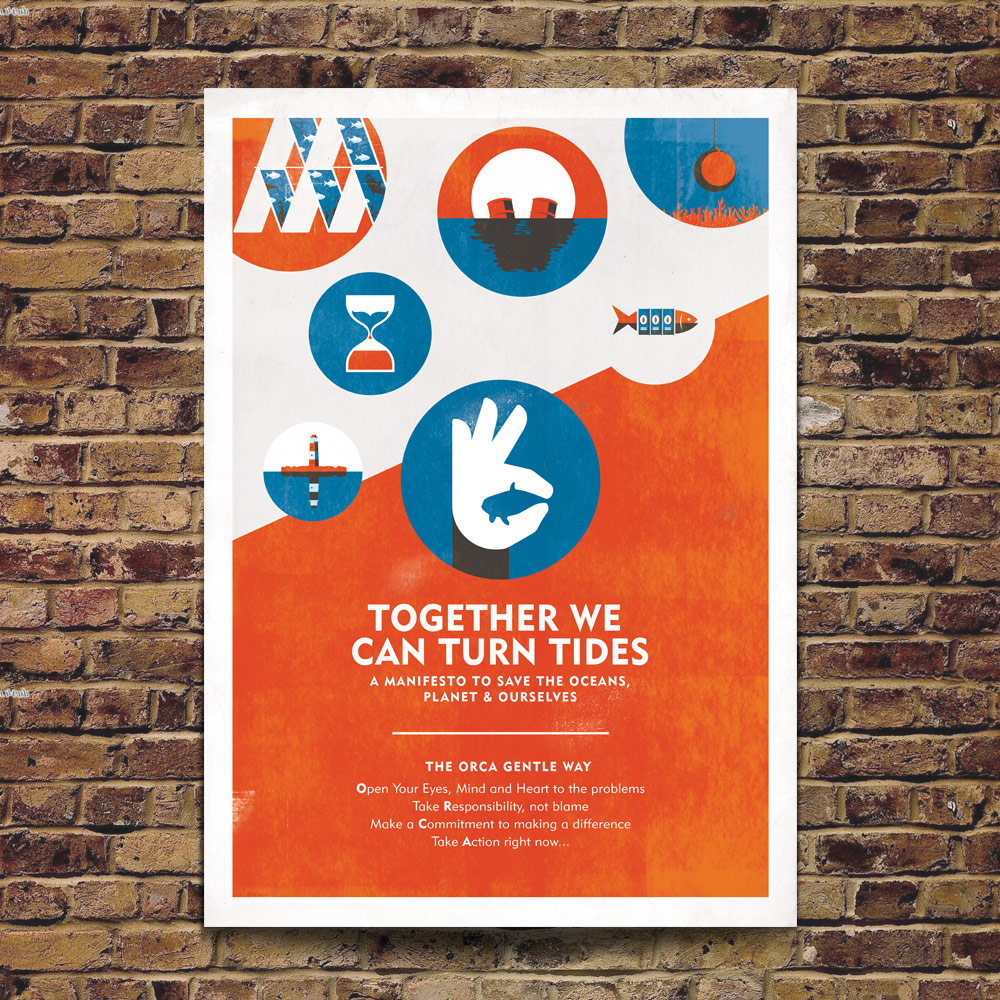