Drive has worked with the Royal Albert Memorial Museum (RAMM)on a number of promotional and branding projects. When the RAMM asked us to work on promotional materials for its 2022 exhibition featuring past events from Exeter’s vibrant history all lovingly recreated in LEGO® brick models, we jumped at the chance – and sponsored the exhibition to boot.

Originally scheduled for a pre-pandemic 2020 launch, Drive worked on an identity, key campaign visuals and social teaser animations. As the mini dioramas were yet to be built, we also photographed some of our own scenes, under stringent licence rules around LEGO images and mini figures.

Fast-forward to 2022: after lockdowns and museum closures, the LEGO exhibition is open from 18 June to 11 September, although some of the campaign photography has now been superseded by the final LEGO models depicting Exeter’s history.

From its early origins in the days of the Roman Empire to the glorious heights of its famous woollen trade, and from the tragedy of World War II to its transformation into a ‘garden city’ of the near-future, this LEGO brick story of Exeter is sure to delight children (and adults) of all ages – including the avid LEGO collectors among the Drive team.

We topped off the materials with our own sponsorship banner for the private launch event, including a photo-real, 3D-rendered Drive office scene, re-enacting the LEGO photography itself. (The exhibition is not sponsored, endorsed or otherwise supported by the LEGO Group.) 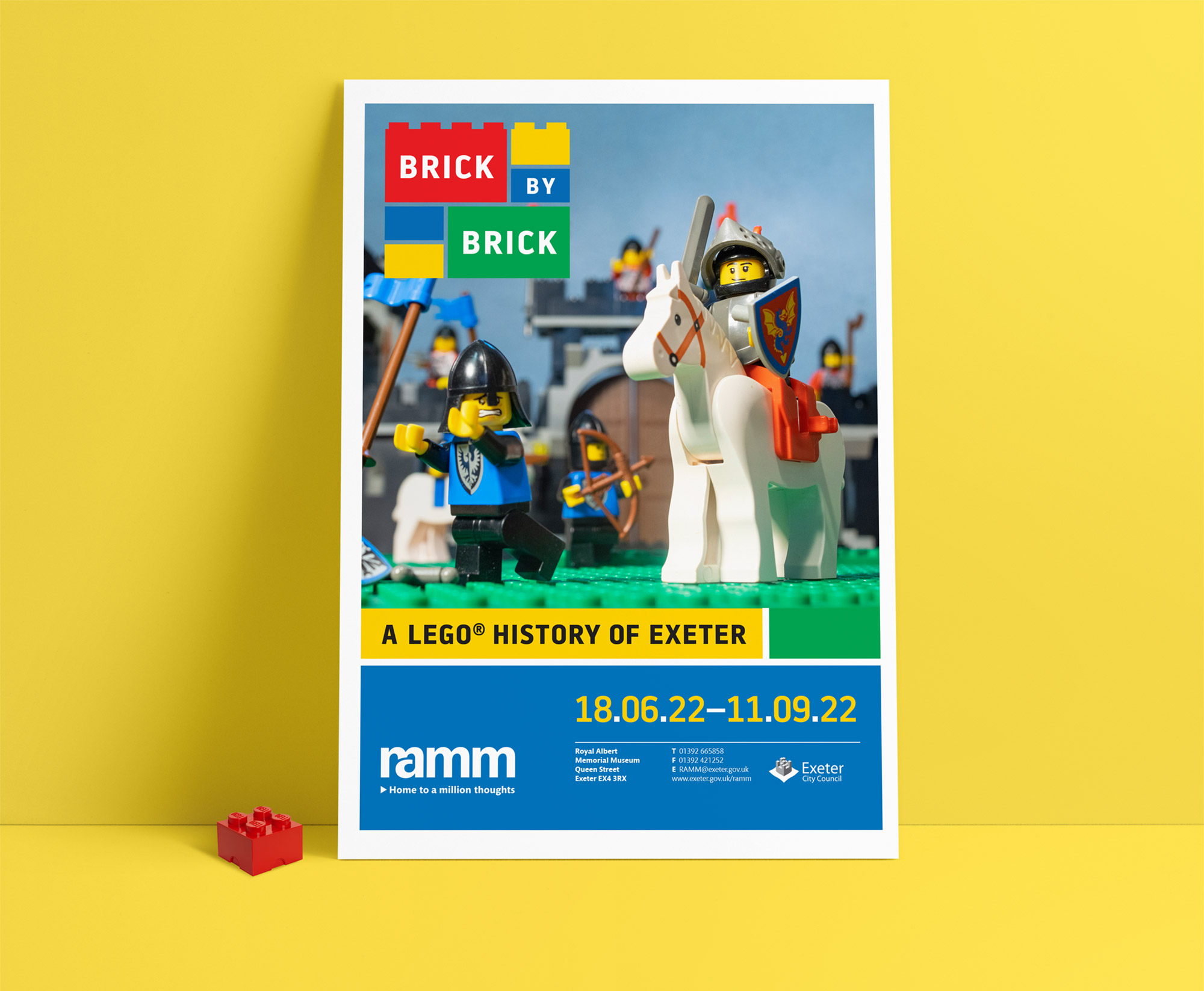 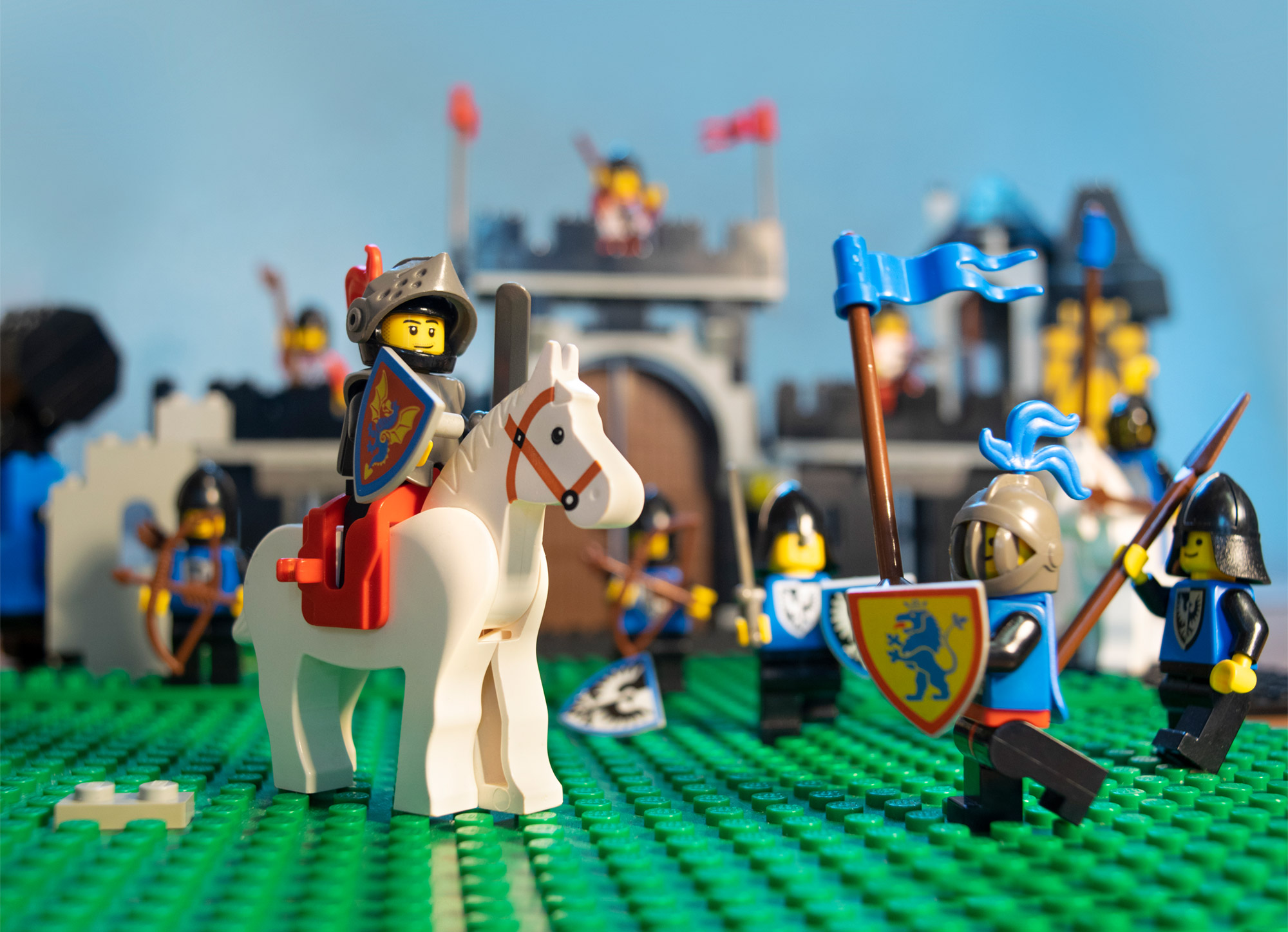 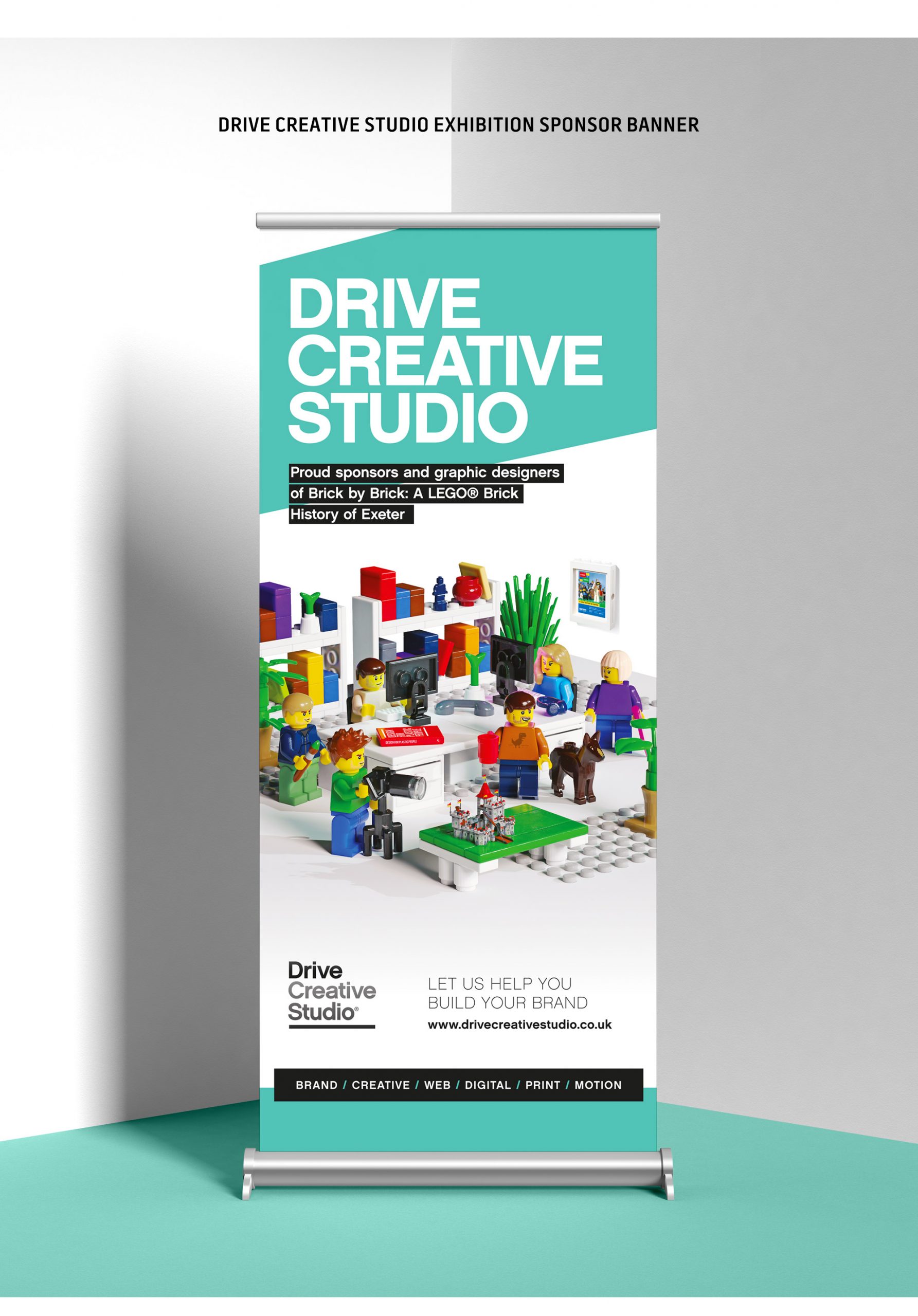 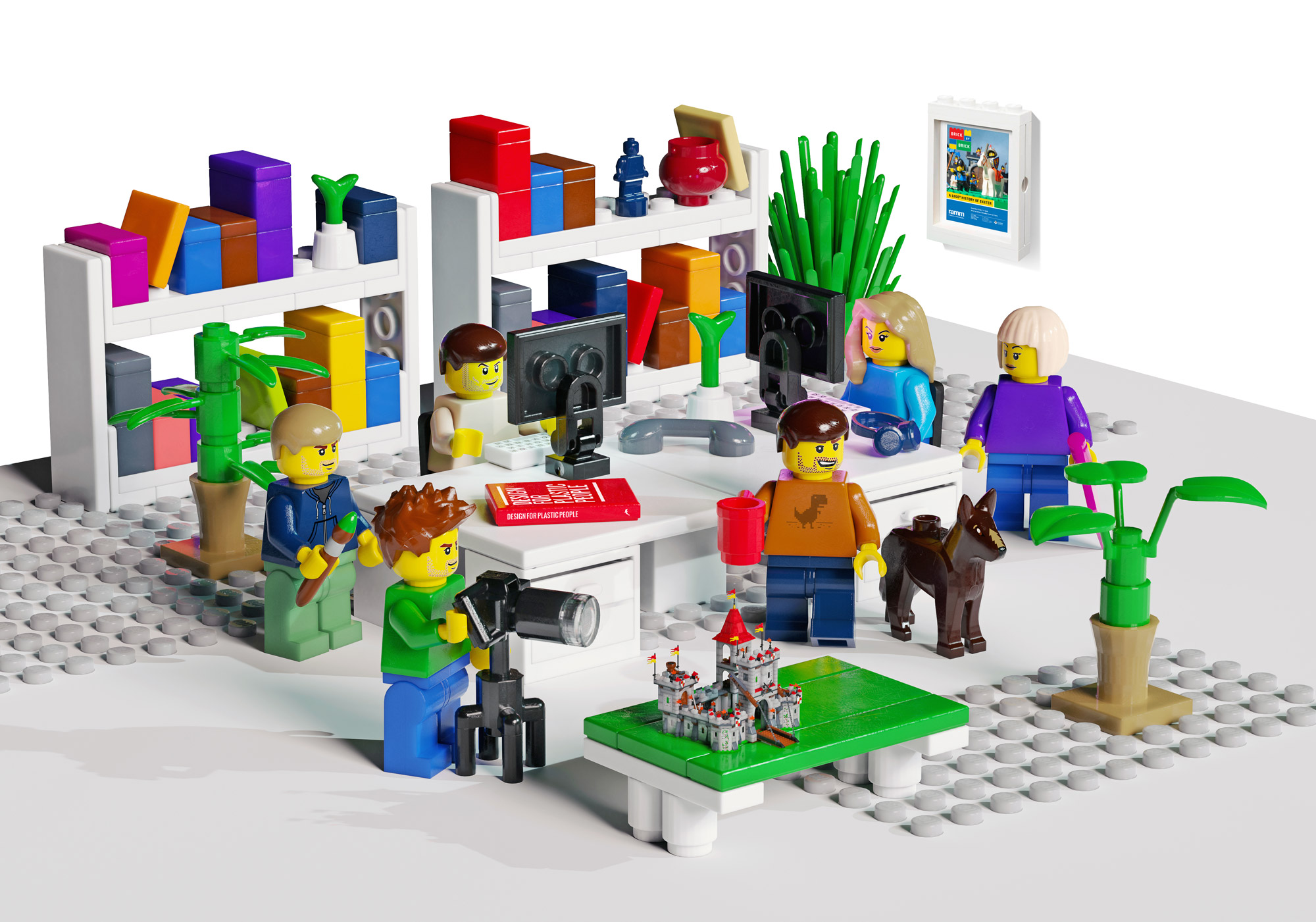