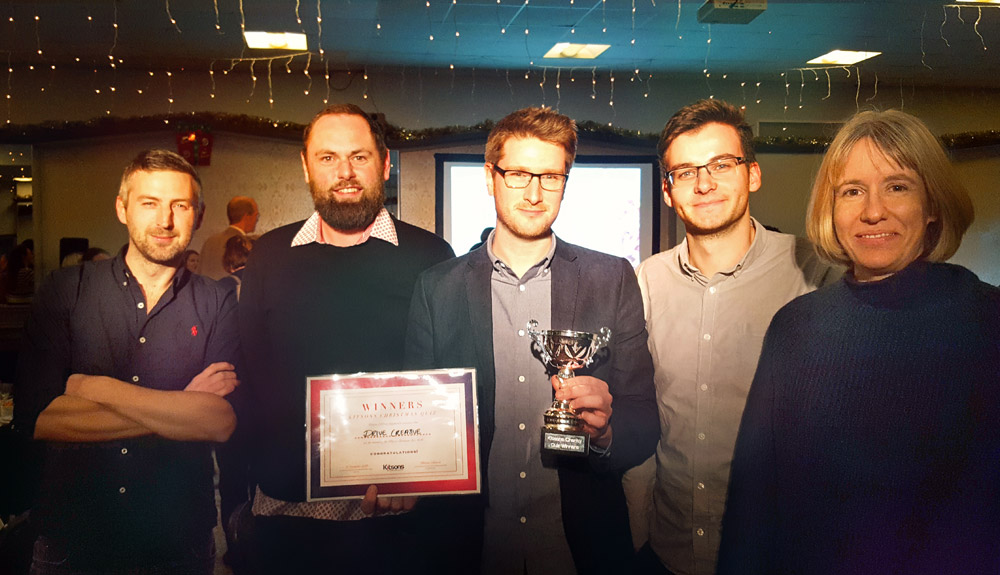 Last night at the Kitsons’ Solicitors Annual Charity Christmas Quiz, as the final team positions were revealed in ascending order, it was a tense moment. The room hushed and the lights lowered at the glittery event in Torquay’s Riviera Centre.

Second place was revealed as a tie-breaker situation and after forging a good lead in the early rounds, team ‘Driving home for Christmas’ (that’s us, if you hadn’t guessed) were nervous – their hearts in their mouths.

Thankfully, it was revealed – Drive were distanced enough to be sitting comfortably in the top spot, having fought off 20 other South West-based businesses through seven tough and varied rounds of General Knowledge, Arts & Literature, Sport, Film & TV, History, Geography, and the obligatory ‘squint-your-eyes-what-on-earth-is-that?!’ picture round.

We’re thrilled that our team of clever and creative thinkers brought the silverware back to our Kennford Studio.

The event was a great success, raising money for Animals in Distress Rescue Centre – the original home of Drive’s office dog Jasper!

Roll on next year!