Working with RAMM to bring Exeter to life

Posted by Drive Team on Apr 3, 2018 in Digital marketing, Drive News | No Comments

Drive are delighted to have worked with the Royal Albert Memorial Museum (RAMM) to create the promotional material for the museum’s exciting 150th anniversary celebrations.

To mark the occasion, the museum took to the streets with The Carnival of the Animals, bringing the city centre to life with spectacular kinetic animal puppets created by internationally-known carnival experts, Shademakers. 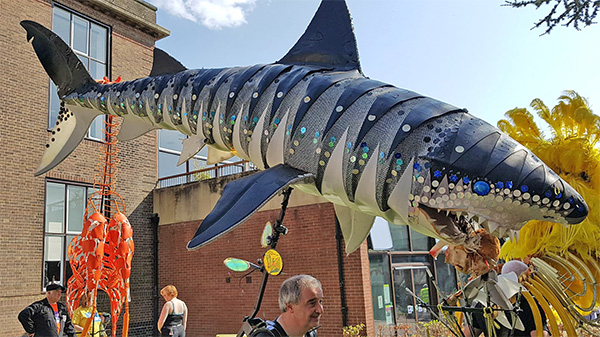 Drive produced a wealth of promotional marketing materials, from large-scale, seven-meter-long over-street banners, posters and flyers, down to small and colourful stickers – all to ensure Exeter city centre and everyone in it gets in the carnival spirit. Illustrations were provided by Aylwyn Bowen. 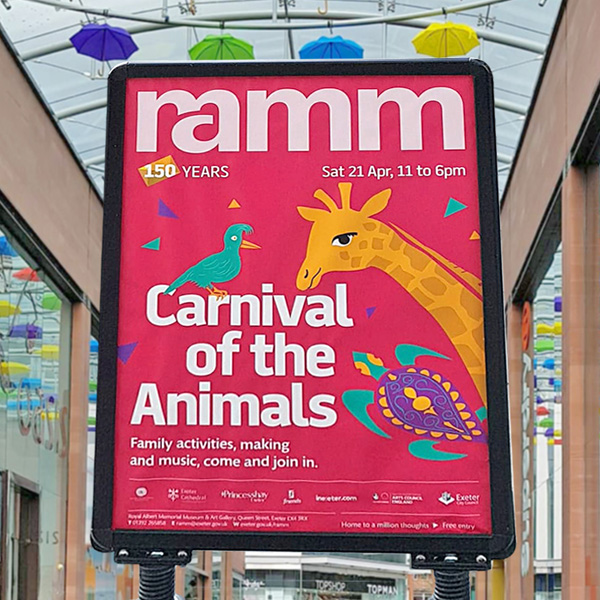 The carnival parade took place on 21st of April – exactly 150 years after the original parade through Exeter to celebrate the opening of the museum. There was a party atmosphere in the city centre, with a large crowd joining in and taking part in mask making, activities, music and performances.

Find out more at https://www.rammuseum.org.uk/ramm-celebrates-150th-anniversary/ 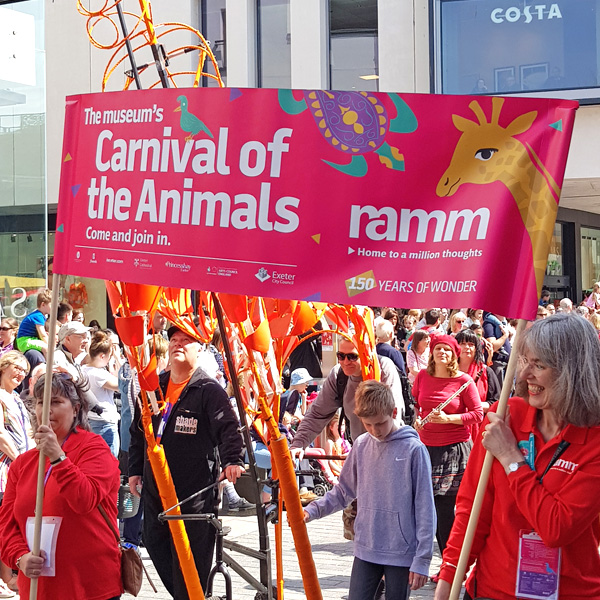