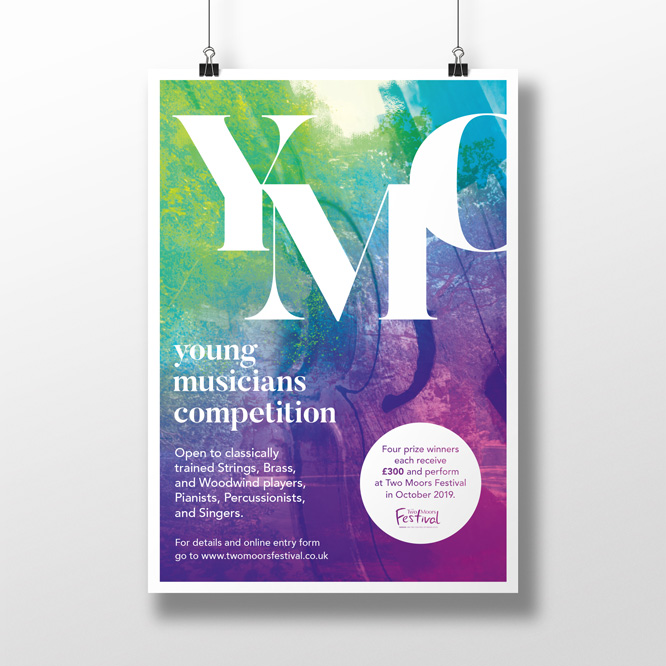 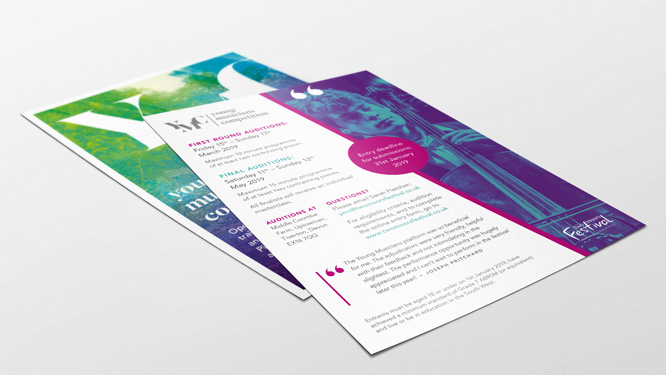 This year, Drive had the privilege of designing the identity for the prestigious Young Musicians Competition.

The Two Moors Festival Young Musicians Competition was founded in 2002 with the aim of increasing performance opportunities for talented young musicians in the South West. Since then, the competition has seen a significant rise in prestige, as well as in the standard and volume of entrants. Competition winners receive the opportunity to perform at the festival alongside professional musicians, as well as prize money to contribute towards their studies. Winners from previous years have gone on to enjoy continued successes – including two Category Finalists in the BBC Young Musician competition in 2007 and 2012.

The festival approached Drive to commission a refreshed visual identity for the competition, via the evolution of its print advertising. The new poster and flyer needed to appeal to a younger generation of jazz musicians, yet maintain a level of maturity as the competition accepts a wide range of entrants up to the age of 18. The final image – a more illustrative approach than previous years’ material – was designed to evoke the landscapes and environments of the moors, while also conveying the more familiar classical music imagery of the festival itself. A new monogram was also designed (an abbreviated ‘YMC’, staggered to echo moorland rocks and tors) and was placed on top of the image in white – a modern contrast to the traditional subject of the image and competition.